In February 2016 the conditions are suitable for a Splitboard winter ascent of the impressive Hochvogel. In summer it's a popular destination, however in winter summited only rarely. Impressions of a lonesome tour in the Allgäu Alps:

The Hochvogel, 2592m, is one of the highest mountains in the Allgäu. It lies directly on the border with Austria and can be summited by both, the Allgäu side and from the Lech Valley. 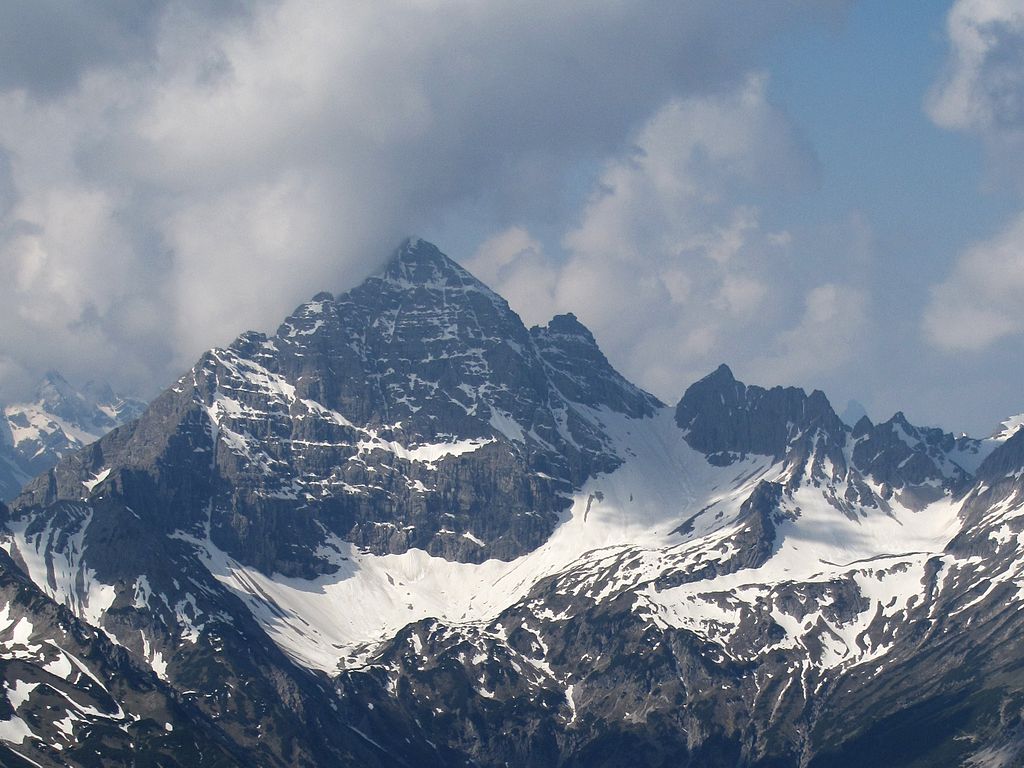 Due to a lack of snow in Tyrol and relatively good conditions in Allgäu, one afternoon we spontaneously went from Innsbruck to Hindelang and from there to Hinterstein. By the skin of our theeth, Jojo and I catched the last bus from Hinterstein to Giebelhaus. Note for all, the last bus according to schedule only runs in the summer or during high-season.

At first we hiked up to the partly snow free Balkenscharte, followed by riding some turns in pretty good snow down to Fuchsloch in order to skin up again to Kalter Winkel. While hiking up there you can already get excited about the later descent. Up at the notch we set up the ski depot and continue further on towards the summit. After the „Schnürle“, the route was quite tricky and full concentration was required. We now always walk in a no-falling-allowed terrain, on sugar snow!

By motivating each other we finally made it to the summit and we did the first Hochvogel winter ascent in 2016!

After climbing down the tricky depth hoar part and when everything went smoothly, the frayed nerves eased off again. From now on it was a nice ride down with a short hike up to Balkenscharte again.

The slopes around Fuchskarspitze invited for more. Snowy mountains offer so many options...
But once again, the bus forces our time limit. After a coffee brake at the hut we continue down through rotten snow, a kind of snow which occurs at very warm temperatures and forces one to push even down steeper slopes. So unfortunately we weren't able to use the full capacity of the playful terrain.

After a good time in the Allgäu mountains we happily reach the Giebelhaus and set out for our way back home.